City of London
vs FTSE All Share over 10yrs

Job Curtis: a dividend hero pulling out the stops in a crisis

City of London, the flagship investment trust of Janus Henderson, has the longest track record of consecutive annual dividend increases in the UK.

Its board is determined to declare a record 55th annual dividend increase next year.

Job Curtis, City’s fund manager for 29 years, says the company will dip into revenue reserves and, if necessary, its capital reserves of investment profits to maintain dividends.

However, he believes the dividend crisis caused by the coronavirus pandemic has passed its worst.

UK income investors have been put through their paces so far in 2020, faced with volatile markets and unprecedented dividend cuts.

Job Curtis, manager of the £1.3bn City of London (CTY) investment trust, is quick to acknowledge the scale of the challenges with which investors have been presented.

‍‘Thishas certainly been the worst market for dividend cuts. A lot of companies hadto prioritise cash and were in no position to pay a dividend, while others tookthe opportunity to reset their dividends as well. Almost half of FTSE 100companies have either cut or passed their dividends over the past nine months,’he explained.

Despite this difficult backdrop, Curtis believes the worst is now over for dividend cuts. He has been encouraged to see a number of companies reinstate their dividends, including Persimmon, BAE Systems, Direct Line and IMI. What’s more, a number have expressed their commitment to future payments.

‘My view is we have seen the big dividend cuts we are going to get, and I think the market has had a big reset. I am hopeful there are other companies that will come back to the dividend list as well,’ he explained.

This optimism is also present amongst City of London’s board, which has indicated that payouts for the financial year to 30 June 2021 are likely to top 19p per share. This means the UK blue chip income trust is on course to raise its dividend for a 55th consecutive year, cementing its long-running reputation as a ‘dividend hero’. City of London currently offers investors a 6% yield and has the longest track record of consecutive dividend increases across all investment trusts.
‍

‘My view is we have seen the big dividend cuts we are going to get, and I think the market has had a big reset.’
- Job Curtis

The board is also willing to dip into capital reserves if necessary. These comprise of gains made from investments sold and exceeded £270m at the end of June 2020. Drawing on capital reserves to fund dividend growth is a less well-trodden path amongst UK equity income trusts and not something that City of London has done before.

‘It is another advantage that investment trusts have got if they want to maintain their dividend growth. In most of our scenarios, our revenue reserves would be very sufficient, but it is something we have got in case they weren’t,’ the manager said.

Curtis describes his approach as valuation-driven with a bias towards stocks that are able to grow their dividends over time. Over the past four years he has slashed the number of positions in the portfolio from 150 to 90, retaining a bias towards blue chips. For example, around 75% of the portfolio is in FTSE 100 stocks, while overseas positions (largely blue chips) account for 14%.

The core of the portfolio currently sits in defensive sectors, such as consumer staples,tobacco and pharmaceuticals, which helped somewhat to cushion the blow from the historic sell-off during the first quarter. For example, the FTSE 100 plunged 33% between 20 February and 23 March. Fortunately, the UK market has since recovered some ground.A potential dividend increase next year would be funded by the trust’s healthy revenue reserves, accumulated out of the income that is not passed on to shareholders. At the end of June 2019, these reserves stood at £58.9m.

During the market volatility Curtis reduced the trust’s exposure to names which have been badly affected by the Covid-19 crisis. For example, he sold out of hotel group Whitbread, contract caterer Compass Group, Cineworld, William Hill as well as NatWest (formerly Royal Bank of Scotland). The manager recycled some of the proceeds into Legal & General and M&G Investments.
‍ 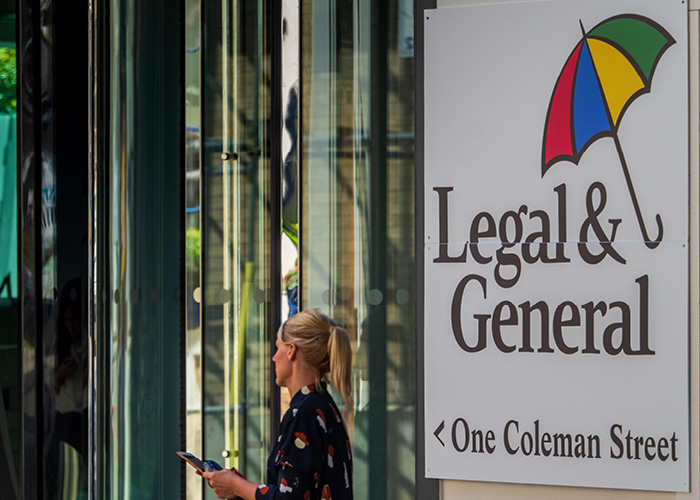 Fortunately, he finished selling the trust’s position in TUI Travel back in January – before Covid-19 took hold outside of China and placed the travel industry under extreme pressure.

He also cut the trust’s position in oil major Royal Dutch Shell after it slashed its dividend by two thirds, and switched some of this exposure into overseas holding Total, which benefits from a lower cost of production and has so far maintained its dividend. City of London continues to hold BP despite its 50% dividend cut.

‘As economies recover, demand for oil will improve. Having had a big demand shock during the Covid crisis, we have already seen some recovery in demand. I think it would probably be a mistake to be too underweight oil when the oil price has recovered from its lows and could recover further,’ he explained.

Around 12% of the value of the portfolio is currently in non-dividend payers, including 4.8% in UK banks (which suspended dividends in 2020 to preserve capital). Looking ahead to next year, Curtis expects the vast majority of these positions will resume paying dividends.

‘I think it would be less than 2% of stocks where I may not see a dividend over the next 12 months, but where the recovery potential is such that I am still holding the position but monitoring it carefully,’ he said.
‍ 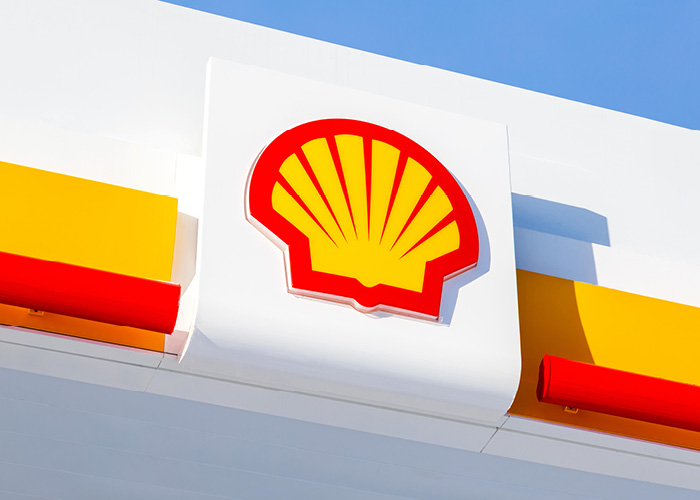 In particular, Curtis is confident that HSBC, Lloyds and Barclays will return to the dividend list next year and hopes the regulator will take a more flexible approach in 2021.

Faced with challenging market conditions, City of London’s performance has disappointed over the past year: its share price is down 18.4%, which compares to a fall of 14.9% by the average trust in the UK Equity Income sector. Its net asset value (NAV) fell 15.2% over the same period versus a 13.9% loss by the sector average. The trust currently trades on small premium above NAV.

‘Having around 10% gearing in a falling market takes away from performance,’ Curtis acknowledged.

The trust’s value bias has also dampened returns at a time when growth stocks continue to dominate. On the positive side, underweights in Shell and HSBC relative to the index helped, while overseas investments like Microsoft and Nestle boosted performance.

Over the past five years, City of London’s share price has risen by 4.1% versus 2.9% by the average trust in the UK equity income sector. Meanwhile, its NAV has grown by 9.7%, outpacing 8.8% by the sector average.
‍

Looking ahead, Curtis believes the UK market looks attractive on both a valuation and yield basis.

‘From an income perspective – provided we really have reached a base on dividends and we are moving forward, which is my belief – then I think the market looks good value and could surprise.’

In particular, he highlights housebuilders as a sector to watch.
‍ 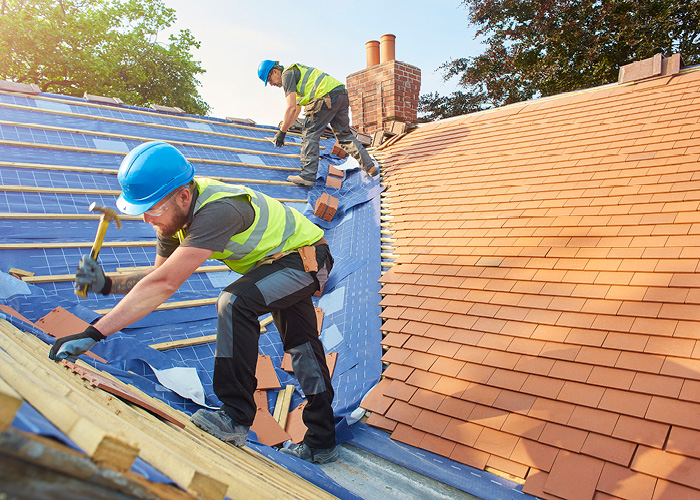 Housebuilders should participate in first phase of an economic recovery

‘For people who are in stable jobs, actually their disposable income has improved a bit with low interest rates and they may be spending less going out. I think there is a lot of latent demand for housing in the UK,’ he explained.

The trust has exposure through brickmaker Ibstock and housebuilders Taylor Wimpey, Persimmon and Berkeley Group.

As for Curtis’ outlook for the UK economy, he says much will depend on how the fight against Covid-19 progresses and whether a vaccine is available next year. Likewise, all eyes will be on how employers respond to the end of the furlough scheme in October and whether this leads to a significant rise in unemployment.

‘I think our economy is quite flexible and we are all adapting to these changes. I am not pessimistic going forward. Obviously, things could turn out quite well if we get on top of the virus,’ he concluded.

Investor view
03
‘The City of London investment trust does not sufficiently differentiate itself to now merit inclusion within our client portfolios.’
- Nigel Moore,
‍Pilling& Co.

Mick Gilligan, head of fund research at Killik & Co, highlights City of London’s dividend record as one of its main attractions, as well as its competitive ongoing annual charges figure of 0.39%.

‘It is probably the standout “dividend hero”, with 54 years of consecutive dividend increases. The latest comments from the board on the subject suggest that will continue.

‘If you take the view that at some point value will come back, the fact that it is paying an above average yield, and a yield we expect will grow over time, you are getting well-paid while you wait for the fortunes of value as a style to return,’ he explained.

However, Nigel Moore of stockbroker Pilling & Co, does not share Gilligan’s enthusiasm. He sold out of the trust earlier this year when it was trading at a premium – a rating he felt was unjustified given its disappointing performance relative to the index.

‘The City of London investment trust does not sufficiently differentiate itself to now merit inclusion within our client portfolios,’ he said.

Moore would like to see a more concentrated portfolio and lower gearing costs.